Bringing global citizenship to the classroom with Free the Children

As a designer at ASDAN I’d heard talk of our new partnership with international charity Free the Children and the fantastic work they do. For those who don't know the charity, Free the Children was founded in 1995 by a 12-year-old Canadian schoolboy named Craig Kielburger – he was so shocked by a story he read in a newspaper child labour that he and his classmates decided to do something about it. Since 1995, their Adopt a Village programme has built more than 650 schools in 45 countries, providing 55,000 children with education everyday, giving 3,000 women economic self-sufficiency and bringing clean water, health and sanitation to 1,000,000 people.

The work that the charity does is fantastic, but it’s the way that they raise their funds that aligns so closely with ASDAN’s vision and values. Through educational programmes, social action workshops and stadium events across Canada, the US and now the UK, Free the Children support young people in setting up their own fundraising projects to make a difference to the lives of children across the world. This empowers young people, encouraging them to believe that their voices can be heard and they really can make a difference to the world – which all sounds very ASDAN to me!

So when I was asked to attend a Free the Children social action day at St Stephens CofE Primary School in Bath I was excited to see their work in action. Although I have to admit I was a little nervous as this falls way outside of my comfort zone as a graphic designer! On arrival I met with some staff from the London branch of Free the Children and was introduced to staff from the charity and the school, before taking my seat at the back of a sports hall filled with incredibly well behaved children.

The day began with an assembly from some very enthusiastic Free the Children staff about how the charity was set up and the work they do. The children were then split into groups for the workshop sessions, so I followed my allocated group of Year 5 and 6 pupils to one of the classrooms. Our workshop began with a video that Free the Children’s founder Craig had made when he visited a brick kiln in South Asia. The children were asked to share their thoughts about this video and what they had learned from the assembly. Immediately I was surprised at how articulate and empathetic the children were. In small groups they came up with lists of reasons why the children in the video might not be able to go to school and were then asked if they could think of how these reasons might link together. After some good discussion the bell rang for morning break.

Then came my first experience of a school staffroom, where I was introduced to the Headteacher, Mr Mountstevens, who had spoken in the morning assembly. From a quick conversation with him I learned that every Wednesday half of the school are taken off-timetable – Years 1-3 one week, Years 4-6 the next – to engage in workshops or activities, often run by outside agencies. Known as Wacky Wednesdays by the children, the school has been running this scheme for the last eight years. He believes that this is a great way to prepare kids for the future – they develop skills in communication, teamwork and discussion, as well as getting the children used to the idea of change and teaching them how to interact with other adults outside of the school. Once again, this all sounded very ASDAN!

Then we were back in the classroom learning about the Adopt a Village programme and it’s five pillars: Education; Water and Sanitation; Health; Alternative Income and Livelihood; and Agriculture and Food Security. The children got into groups based on which pillar they thought was most important and were asked to come up with reasons why their pillar was the most important, what would happen without it and what differences it could make before presenting to the rest of the room. When asked what they thought made for a good presentation, all of the visitors to the school were stunned to hear such precocious answers such as ‘voice projection’, ‘use rhetorical questions’ and ‘you should include imperatives’!

After the presentations it was time for a team-building game. Each group was given a piece of rope with knots tied in it, they each had to hold the rope with one hand, which they would not be able to move, and using the other hand work as a team to untie the knots – perhaps one to try at the next ASDAN staff meeting! It wasn’t long before the gender divide became obvious: the all-girls group had it figured out in about five minutes and were systematically working together to untie the knots; the mixed group weren’t far behind, with the girls leading the way; and the group of boys were pulling in all directions and tripping each other up. The adults in the room were relieved when each group made it to the end with no rope burns and minimal cheating before the bell rang for lunch.

In the afternoon, the workshops turned to what the children could do to make a difference to Free the Children projects and what they might do within their school to raise funds. The group discussed their gifts and talents and thought about how they could couple this with the issue of child labour to make a change. The group then voted on suggestions such as a fun run, kids’ Olympics and an obstacle course before settling on a cake sale and baking competition. To prepare for their pitch to the rest of the school at the end of the day, the group elected spokespeople and the rest of the children were asked to create posters – finally, this was my kind of task! I helped a group of boys to make a poster about what they had learned and we bundled into the hall to see what the other groups had come up with. After some fantastic presentations and a quick word from Free the Children and the Headteacher it was the end of the day.

On my journey home I had the chance to reflect on the day and think about what I might put on a poster of what I had learned:

Click here to find out more about our work with Free The Children, including an exciting opportunity for ASDAN centres. 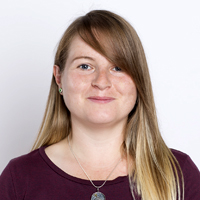 Sounds like a fantastic day Jemma. I am always humbled when I see the creativity and imagination that is released when young people are empowered to make decisions and take on leadership roles. I hadn't realised that Free the Children was born out of the response of a ten year old child.