Former ASDAN CEO and founding member Roger White reflects on the past 25 years and the secret of the organisation’s success.

I was often described as the person who started ASDAN – but the truth is that many people were involved with designing and developing the curriculum innovation that became the incredible ASDAN success story. The seeds were sown during the 1980s through the creation of the Youth Award Scheme, supported by colleagues at the University of the West of England (UWE) and launched in Bristol in 1987. This pioneering award scheme offered teenagers a range of practical activities that encouraged personal, social and educational development. Our methodology centred on:

The successful award scheme led to the creation of additional curriculum programmes such as Key Steps, Stepping Stones and the range of Short Courses, which all use the same methodology. ASDAN grew rapidly over the years and today provides curriculum programmes for more than 4,000 centres across the UK and internationally.

One of the key achievements at ASDAN has been the Certificate of Personal Effectiveness (CoPE), which transformed the status and fortunes of the organisation through its unique blend of relevant curriculum activities and supportive assessment framework. Following a pilot with 200 schools in 2004/05, it was approved by the Qualifications and Curriculum Authority as equivalent to a GSCE which counted towards school league tables. In 2014, a UWE study of half a million pupils found that young people who completed CoPE raised their chances of achieving A* to C grades in GCSE English by an impressive 11%, and of achieving five A* to C grades including English and mathematics by a remarkable 19%.

The international expansion of ASDAN is another measure of its success. We provide programmes in almost 40 countries including China, Australia and the Cayman Islands. It is incredible to think that what began as a small-scale initiative involving a handful of committed teachers in the south west of England has developed into a network of tens of thousands of education practitioners across the world.

The secret to ASDAN’s success is that, although the organisation’s methods have become more innovative with e-learning platforms and online resources, our pedagogy remains the same. What mattered when we first started out in the 1980s still matters today.­ Our philosophy has stood the test of time because we provide teachers with creative curriculum solutions that work for all abilities. 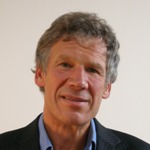